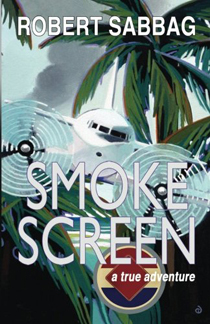 Click on image to order the paperback.
Available as an eBook.
See the Quick Links locations.

With his drug-smuggling documentary short on financing, moving marijuana seemed the obvious way for cinematographer Allen Long to raise the necessary cash. Millions of dollars later, the film had not been made, but Long's own life as a pioneering pot smuggler had played out like a Hollywood movie... Seat-of-the-pants flights into the Colombian badlands in a vintage C-47, fast boats in Florida, fashion models, a fortune, earned and blown, and numerous near misses with law enforcement... Over the course of his career, in addition to the Mexican pot, the Jamaican ganja, and the Thai weed he managed to smuggle, Long moved 972,000 pounds of marijuana out of the Colombian jungle... A hilarious piece of hair-raising reportage that will keep your pulse racing to the very last page.

"This true-life tale about Allen Long, a frustrated documentary filmmaker... is like a cannabis version of the film Blow, featuring countless near-death episodes in a rickety, marijuana-stuffed DC-3."

"A compelling biography... makes perfect sense if you're stoned and is a great read if you're not."
--Playboy

"More one-liners than a convention of comedians... So tightly wound and hard-hitting it's kind of a surprise the book doesn't bounce."
--Austin Chronicle

"A sensational inside view of how the drug trade, particularly marijuana, started in this country--and grew to epidemic proportions."
--Library Journal

"A wild non-fiction ride through the weed-smuggling days of the 70s, of rickety cargo planes and 'motherships' jammed with bulkhead-busting tons of Colombian pot... Both history and an evocation of a long-gone world, before the Drug War of the early 80s turned the gangsters to coke and the potheads to domestic growing."
--High Times

"Filled with scenes that practically demand a life on the big screen... The world Sabbag takes the reader into is an extraordinary one, and the author's eye for detail of setting, clothing, speech and mannerism adds a you-are-there feeling to the narrative."
--Kirkus Reviews

"Sabbag is an incisive reporter and a stylish, class-A writer."
--The Times (London)

"His grip on the nerve-wracking narrative rarely slips. Smokescreen is funny as well as scary. It will be enjoyed by readers who have never shared a reefer."
--Sunday Telegraph


"Looks set to become a classic... It reads like a brilliantly conceived thriller."
--The Bookseller


"The pure, surging energy... is enough to induce in its reader the most fantastic drug-free head rush..."
--Scotland on Sunday

Published in hardcover under the title Loaded.